Today in the news, I read about a Jubilee Rock Concert scheduled for today in celebration of Queen Elizabeth's 60 years as monarch. The lineup of rock musicians features primarily British artists, including Sir Elton John, Sir Paul McCartney, and Dame Shirley Bassey. However, there are a few Americans artists included in the lineup, as well: Stevie Wonder and will.i.am. These celebrations have been in the making for several years now across the British Commonwealth.

The last time these preparations were being made was in January 1897, when in answer to her customary prayer to be of use to her country, it was decided that the Empire would celebrate a grand festival in honor of Queen Victoria's 60 years as queen, a feat no other British monarch had achieved. She agreed to the celebration, though because of her weakened health she requested that her public appearance be restricted to one day of public festivities, June 22, 1897.

The entire British Empire scheduled Jubilee services at 11 o’clock in every chapel, synagogue, and church across the empire. Can you imagine standing on the streets of London at 11 o’clock that morning? While it certainly was no rock concert, surely the sounds of the bells and voices lifted in celebration and thanksgiving would have been a wonder to behold!

Later that day, Queen Victoria took up her procession through the streets of London, with even the sun making an appearance just as the guns in Hyde Park broadcast her departure from Windsor Palace.

In her own words, Victoria declared: “No one ever, I believe, has met with such an ovation as was given to me, passing through those six miles of streets…the crowds were quite indescribable, and their enthusiasm truly marvellous and deeply touching. The cheering was quite deafening, and every face seemed to be filled with real joy.”

I do hope that Queen Elizabeth II has this very same experience this weekend. There is nothing quite like the joy of love, honor, and appreciation for a public life lived well. 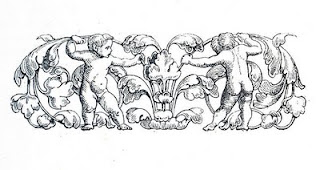