The Chemical Properties of Jadeite Jade


Jadeite jade, found in abundance primarily in Burma, Guatemala, and Japan, is the most highly prized form of jade in the commercial jade market. It is harder, denser, and more brilliantly colored than its fraternal twin, nephrite jade. Its scarcity and physical properties make one carat of top-quality rough jadeite worth far more than even one pound of the best rough nephrite.

Chemically speaking, jadeite is classified as a pyroxene, which makes it a rock-forming silicate. It contains sodium and aluminum and derives its various colors from intrusion of trace elements within the crystal mesh structure. Trace amounts of chromium and possibly some iron are responsible for the brilliant greens, while iron by itself gives jadeite a yellow-to-yellowish-green tint. Lavender jadeite, another popular choice for jewelry, owes its coloring to either manganese or iron charge transfer.

In appearance, jadeite is granular and will be slightly dimpled once polished (due to undercutting). It is rare to see visible crystals in a piece of jadeite, though upon magnification crystals will appear as individual slender blades. Jadeite has a monoclinic structure with cleavage of 90 degrees and is void of water molecules (anhydrous).

Jadeite can vary widely in composition, sometimes grading into other pyroxene minerals. As long as a specimen of this nature maintains jadeite's gemological properties it can be labeled and sold as jadeite. These gemological properties include: Refractive Index of 1.660 - 1.680a +0.10b, spot 1.66; Specific Gravity of 3.34 + 0.11b; and Hardness of 6.5 - 7 on Mohs Scale. 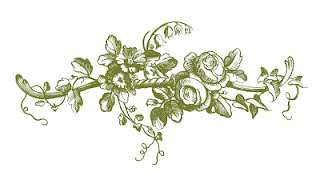