In Mesoamerica (Central America/Mexico), it is believed that prehistoric Native Americans, such as the Olmecs and the Mayas, used jadeite jade to cure snakebite, fever, gout, and kidney stones. It is believed that they passed these customs on to the Aztecs, who in turn passed them on to the Spanish conquistadors, who returned home wearing jade stones tied around their arms or to flanking their hips as a remedy for kidney stones.

Apparently, jade was also found in abundance along the Amazon. Sir Walter Raleigh, who explored South America, particularly Guyana, reported purchasing green stones formed into 2-inch perforated cylinders. He and his men tied these talismans around their hips to help them pass kidney stones.

The editor of Raleigh’s book, Sir Robert Schomburgk, reported that these stones were found at the Orinoco and Rio Branco rivers. Today, these sites are believed to have been fed by the Guatemalan jade deposits near the Motaqua fault, as there are no known native jade veins in South America.

Schomburgk relies heavily upon the works of Baron Alexander von Humboldt, a famous German naturalist and explorer who also explored some of the same areas as Raleigh did. Humboldt reported that the Indians along the Amazon used the green stones as amulets which “preserved the wearer against nervous diseases and liver complaints, fevers, and the bite of snakes.” {Raleigh, p. 29}

Between the Spaniards and the English explorers, it’s no wonder that 19th century physicians in Europe encouraged their patients to tie a piece of the green stone to their arm or hip to cure kidney stones. 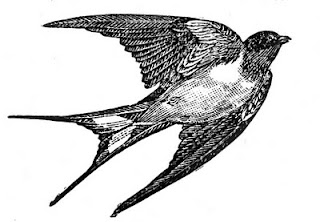