The Two Faces of Jade


For over 7,000 years jade has remained firmly seated on the throne in China as the most favored gemstone. The ethereal green stone (the most favored color of jade) has oft been more highly valued than even gold or diamonds, especially in Asian cultures. At one time, it was thought to be the stone of the gods, and it has frequently been used to distinguish the upper crust of China's elite.

Similarly, for over 3,000 years jade ranked as the most precious gemstone among the ancient people groups in Mesoamerica (Central America and Mexico), starting with the Olmecs, then the Mayans, and later the Aztecs. Jade remained the stone of choice in the Americas until the Spanish brought gold fever to the Gulf Coast in the 1500s.

As different as the Chinese are from the Mesoamerican people groups, so is the distinction between Olmec jade and Chinese jade. Though the Olmec people discovered their bluish-green jade as early as 1200 BC, it wouldn't be until the late 1700s AD that the Chinese would get their hands on this more illustrious jade, sourced not from the Americas, but instead from Burma (now Myanmar).


It would be another 100 years or more after this "new jade" began circulating in China that the mineralogical differences between the two would be proven categorically by a French professor named Alexis Damour. China's traditional jade was called nephrite, a variation of nephriticus, the Latin word for kidney.

The Burmese jade, like the jade found in Mesoamerica, was named jadeite, a variation of the Spanish phrase piedra de ijada, which means "stone of the side." Both types of jade had long been used by ancient peoples on both continents to cure all manner of kidney and stomach ailments.

In addition to its use as a healing stone, both types of jade were carved into tools, weapons, personal adornments, ornaments, and ritual objects. Today, jadeite reigns as the king of jade, being the most commercially traded of the two types. Though jewelry is made from both nephrite and jadeite, emerald green jadeite, also called "Imperial Jade," is the most prized for making pendants, rings, and earrings. 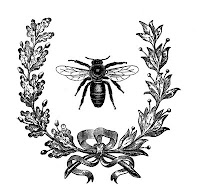