It is widely believed that the Buddhist practice of praying with prayer beads was inherited from Hinduism. While this may be the case, it’s also possible that using pebbles, fingers, beads, or notches on a stick to keep track of many things, including counting prayers, is a fairly universal custom. For those who recite many prayers or mantras on a regular basis, devising some way to keep track of these prayers makes sense.

Even so, Buddhism and Hinduism share many common elements in their use of prayer beads. For instance, Buddhists call their sets of beads malas (“chaplets”), and Hindus call them japa-malas (“muttering chaplets”). Both malas and japa-malas traditionally have 108 beads, and both are used to count mantras, sacred sounds, syllables, or words.

Buddhism was first established in India, and it eventually spread throughout Asia, becoming the main religion of Tibet, Korea, Japan, and China. Each country uses malas in a slightly different way. Tibetan Buddhists use strands of 108 beads, 100 of which are used to count mantras and eight of which are dedicated to all sentient beings.

Korean Buddhists used malas with 110 beads. Two of the beads were larger than the rest, one with a swastika and one plain one in the middle. In Japan, different Buddhist sects adopted different styles of malas, with the most common being the shozoiki jiduzu. Not only were these strands of 112 beads used for prayer and invocation, they also provided a sense of safety. {4} Though the use of prayer beads by Chinese Buddhists was few and far between, during Manchu rule (1644-1912 AD), “court chains,” fashioned after Tibetan malas, were worn as a symbol of status among the nobility. 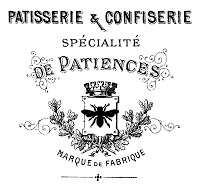