Satrajit worshipped the gem faithfully, and he became a very wealthy man. Seeing the power of the stone, Krishna pondered the benefit that all of Dwarka might enjoy if Satrajit could be convinced to entrust the stone to him in the name of King Ugrasena. Krishna set a meeting with Satrajit and inquired of the stone.

“Would you consider allowing me to safeguard the gemstone so that the entire city might benefit from its powers?”

“Krishna, you know I am a fair man and that I love Dwarka and all of its residents. But I couldn’t possibly give you the stone. It was entrusted to me by Surya, and how would I be sure that it would be worshiped properly? In the wrong hands, the stone could cause misfortune.”

“Satrajit, you are a wise man. But you know that it would be safe in my care. I would see to it that it was worshiped properly in the king’s palace.”

“But I would not be able to worship it myself there.”

“No, that is true. You do not have access to the palace. But you would still benefit, as would the entire city. And I can ensure that the king would see to it that you were properly paid for your generous gift.”

“I just cannot part with the stone. It belongs to me and to my family.”

Read on with Part 3 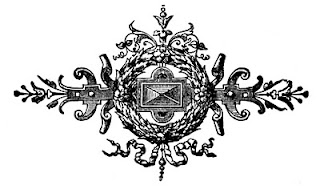