The most distinguished guests of the Royal Wedding rose to their feet as the strains of Edward Bairstow’s Psalm 67 announced the Queen’s entry to the Chapel Royal. Though the excited murmuring of the guests in the outer chambers may have created a momentary diversion from Her Majesty’s procession, it would be only moments before the chapel doors closed and all eyes once again fixed upon the Royal Bride.

On reaching her seat, Queen Victoria knelt upon her hassock to perform her private devotions before taking her seat next to Albert. The Archbishop of Canterbury rose and began his elegant recitation of the wedding ceremony. He soon raised the question, “Who giveth this woman to be married to this man?”
Stepping forward, Uncle Augustus, Duke of Sussex, composed for the moment in his Field Marshal's uniform and his black skullcap, took his beloved niece by the hand. Presenting her to Albert, he responded in earnest, “I do.”

Soon after, it was time for the royal pair to exchange their vows. Her Majesty, quivering so that the wreath of orange blossoms upon her head trembled slightly, took in the words of her beloved Prince with rapt attention, his gallant solemnity capturing the hearts of everyone present.

When it was her turn, Victoria’s crystalline voice resonated clearly throughout the chapel. According to Eva Hope, the Queen made her pledge with “all meekness and sincerity,” glancing up at Albert with such an expression that it ‘convinced all who beheld her that her heart was with her words.’ {18, p. 65-66; 17, p. 780} 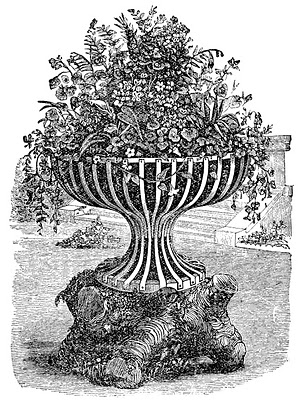