The Signing of the Registry: Queen Victoria's Wedding (Part 23)


Rumors of intrigue surround the signing of the registry. Some say that at least two of the members of the royal party felt it was their right to sign the book first.

Gillian Gill, author of the biography We Two, wrote that Bernard Edward Howard (the Earl Marshal and Duke of Norfolk) kept everyone waiting while he searched for his eyeglasses. Apparently, his duties as Earl Marshal must have momentarily gone to his head, as he believed it was his right to be the first to sign. {14, p. 159}

According to another author, Charles Morris, Victoria’s uncle Ernest Augustus I, King of Hanover, wished to sign the registry first. Morris relates that Uncle Ernest positioned himself strategically near Victoria’s side next to the table. He reports that the minute the Archbishop of Canterbury held out the pen, she stepped away from her uncle toward Prince Albert, took the pen and signed her name, then quickly handed the pen to her husband. {31, p. 116}

Interestingly, according to John Van der Kiste, Uncle Ernest was not in attendance at Queen Victoria's Wedding. In 1837, he refused the Queen's request to give up his apartments at St. James's Palace for her mother, the Duchess of Kent. He further offended Her Majesty by supporting the Tories in their efforts to block Prince Albert from being given the title of King Consort.

These members of State, including the King of Hanover, were not invited to the wedding. In fact, the account that Morris describes appears to have taken place three years later, at the wedding of Princess Augusta of Cambridge, at which time, Van der Kriste reports, Prince Albert "pushed" the King aside and wrote his name so near to his wife's on the registry that there was not room on this occasion for King Ernest to come between them.

Despite these rumors, the register itself proves that Her Majesty’s desire to honor her husband above all else prevailed. It is Albert’s name which appears directly after hers.

Though I have yet to find a complete list of those who attested to the royal marriage on that day in the Throne Room, one historian reports that it was neither the Duke of Norfolk nor the King of Hanover who signed next.

A writer for The Mirror reports that the Duke of Sussex, Victoria’s favored Uncle Augustus Frederick, signed directly after Prince Albert. {59, p. 119-120} 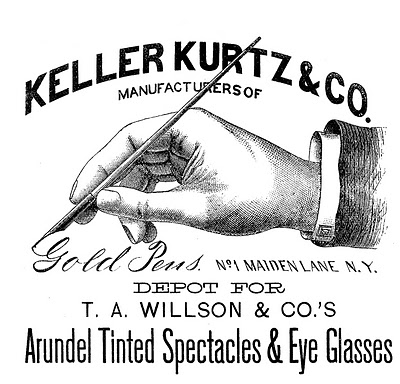